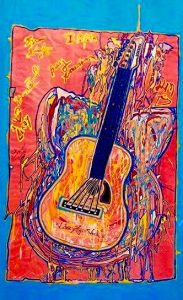 “Boston Strong”, was created on stage by the Maverick Artist Victor-Hugo, in front of a sold out crowd, at the Spring Training Opening Game Modern Art Music Movement™ MAMM Jam Happening for the World Series Champion,  Boston Red Sox, at Jet Blue Stadium, in Fort Myers, Florida after the Boston Marathon bombing.

The following was published Wednesday, April 1, 2015 in the modern art music movement blogspot as the second chapter in a Crackhead Jesus Episode titled,

“The Rock & Roll Legend of American Vinyl All Star Band Rep. Bill Johnson, His Girlfriend Melissa And Her Son From The Able Academy For Handicapped Children”

In some Italian provinces, the word ‘artist’ is a synonym for dunce.  An artist must walk a tightrope between being perceived as  an  illustrious nobody or a famous intellectual by critics disguised as cultural sycophants in an arena filled with smoke and mirrors. Being a creator is not a career for fragile egos, so to be a virtuoso, one must have thick skin.

I have been called all sorts of things by critics, not all of them complimentary, but I survive and my work will live on, long after my corporal being exits this plane of existence, in the expanding multi-universe.

In 2005, after performing a MAMM Jam with Rhythmm Epkins, drummer for “The English Beat”, and founder of  the R&B  funk  group, “Mind, Body & Soul”,  to  raise  money  for  the  mentally handicapped, at a sold-out show in Bakersfield, California, where the first five rows were reserved for the mentally challenged, who were the most appreciative audience I have ever had the pleasure of performing  in  front  of, I became known, by some critics, as, “Victor-Hugo: The Artist of Retards”.

When I performed MAMM Jams during 2009 Art Basel Week in Miami, Florida to sold-out, standing room only crowds attending the infamous, “Crackhead Jesus: The Second Coming Art Exhibition”, at the  “Buck 15 Gallery Lounge”  on  Lincoln Road,  a large group of women from Weight Watchers joined me onstage while I painted the unique moment on canvas, at which point, I became known, by some critics, as, “Victor-Hugo: The Artist of Fat Chicks and Retards”.

Some  call  me,  “The Maverick Artist Victor-Hugo” others  call  me,  “The Maverick Meatball”. Whatever  the  case,  I’m  happy.  However, as I am an artist/activist birthed from a business background,  I’ve  come  to  notice  that artists are often treated like “The-Retards-of-the-Business-World” instead of sober-entrepreneurs,  by  some  ignorant  top  brass. Though, thankfully, not all influence makers exploit an artists’ passion, those who choose to dim the light instead of fueling the soul, manifest dark energy that fills the multi-universe, all this, in spite of knowing that entertainment is, in fact, like any other business, an industry that must flow perpetually, in balance of soul currency, to exist infinitely.

Art is not cheap to create.  It  takes  effort,  ingenuity and time and since time is money, if I had a Bitcoin, for every time someone, like Mr. Bill, told me,  “Why don’t you perform for free, it’ll be good exposure?” or, “How about giving me one of your paintings, for free, to hang in my mansion, so all my filthy-rich friends can see your work, while smoking weed?”  I’d be a tycoon of Rothschild proportions.

Do these unenlightened moguls ask Doctors to perform surgery for free or ask lawyers to satisfy their legal issues, free of charge, because it’s good practice?

I  don’t  think  so.  An  artist  must  always  risk  failure,  for failure  is  part  of  the  process  but that doesn’t mean creators should accept the status quo of double-dealing in business matters or any other affairs. An artist has class mobility, for that reason, particularly in a disturbed society, a virtuoso must ask the right questions, open consciousness, raise awareness and elevate minds.

An artist should serve mankind, for that reason, humanity should not become complacent with the profiteering of an artist because a true artist can be childlike forever and the exploitation of children is  detrimental  to  any  culture  pursuing  Enlightenment.  Some muddled  people  feel  the world doesn’t need artists because art doesn’t meet our basic needs to survive but that’s bogus; art fuels the soul currency of human capital that trumps any banknote or material treasure.

These thoughts raced through my aching head, as I prepared to meet my audience of special children at The Able Academy in Naples, Florida, hours before my gig with the All Stars at the Boston Red Sox Spring Training Opener in Fort Myers, Florida, to honor victims of the Boston Marathon bombing. As if taunting my choice of career, the outstretched, blank canvas, measuring 36 x 71, clipped to the front of a long table turned on it’s side, resting atop another elongated table, stared back at me, screaming, “Fail! Fail! Fail!”

I’ve heard people say that animals can sense fear and weakness. I don’t know what experts say about children with autism but I can tell you this, the moment the Able Academy director opened the door, to let kids into the room where I stood vulnerable, feeling helpless and alone in a cruel world, a beautiful boy ran to me, clasped my knees lovingly and looked up at me like a cherub in a chapel. I felt such overwhelming affection from the pint-sized angel holding a tight grip on me that, in an instant, all the negativity and cynicism inside of me washed away like the Great Flood. I fought back tears in that abstract moment that seemed to last a lifetime because I did not want to break down in front of the celestial beings surrounding me.

One by one, frail angels entered the room, coalescing in the ecstasy of colors, dancing freely with paint and brushes in their tiny hands as they guided me through the purity of love being expressed on canvas without shame, guilt or remorse.  I noticed one child slumped in the corner with his face in his hands. He beckoned me with magnificent eyes that stared at me through the cracks in his fingers.

“”Would you like to paint with us?” I asked, as I knelt down before him.

“Art has power.” He said, letting his guard down.

“Believe in your greatness and it will be the death of your creativity.” He said, taking my hand in his and leading me to the canvas where we melted into the void of color alongside the other offspring.

The joy was so intense, time flew by the way magic moments do and before I knew it the unique experience was over. I said goodbye to the kids, packed my equipment, called Todd, who was patiently waiting outside the hotel after having checked out and assured him I was on my way to get him for the hour-long journey to Fort Myers.

He reminded me that we were running late.

Before leaving, the stunned school director asked me how I had managed to get the catatonic child to speak.  She  said  it  was  a  miracle  because  the  juvenile  never  spoke  to  anyone.  I  told  her  I communicated with respect and dignity. The innocent confided in me that the adults didn’t understand them and didn’t pay attention, which frankly, was no surprise to me, since out of the mouth of babes comes truth and most adults can’t handle the truth, which is why some adolescents choose to stay silent.

Traffic was at a crawl, leading up to the stadium in Fort Myers.  It seemed all of creation had come to cheer for the World Series Champions at the Spring Training Opener. My manager had coordinated for the Boston Red Sox to sign the painting created with the Able Academy children, for the artwork to be auctioned off in their benefit but when I got to the stadium,  Mr.  Bill  chastised  me  for  my manager doing so, claiming she had overstepped her bounds, “It’s my show, damn it!”  He stated indefatigably before adding, “Hurry up, you’re late! The band goes on stage in 10 minutes.”

“This is your friend?” Todd said, looking at Mr. Bill with disgust and me with sympathy, as Mr. Bill’s girlfriend Melissa approached me with open arms and a huge smile.

“Oh my God! I heard you got my son to speak, I wish I could have been there.” She said holding back tears.

“Why weren’t you?” I thought to myself, sinking into her warm embrace while Mr. Bill stared back at me with contempt that I could not explain.

One by one, the All Stars embraced me before going on stage. I was reunited with members of Bon Jovi, Boston, The Doobie Brothers, Steely Dan, The Wailers, Third World, The James Brown Band and Foster Child, none of which were aware of the harrowing experience that had preceded our moment in time before the Boston Red Sox fans in Fort Myers. Like the victims of the Boston bombing, I was determined to carry on, undaunted by adversity, and so I did, creating “Boston Strong” alongside music industry titans, in front of a live audience on February 28, 2014. 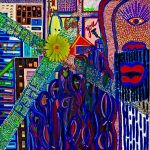 Death Of Democracy : One Eyed Jesus 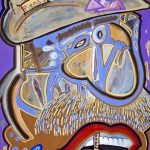 Piensa Prensa: Willful Blindness
Menu
We use cookies to ensure that we give you the best experience on our website. With the aid of cookies, we analyze the typical use pattern of visitors to the website. Your continued use of our website shall be conclusively deemed acceptance of the use of cookies. Ok