Bradley Manning: The Autonomy Of Work

“Bradley Manning: The Autonomy Of Work” By Victor-Hugo Vaca II

Not a single US casualty in the U.S. “war on terrorism” can be traced back to the leaking of the materials that have been posted on Wikileaks via Bradley Manning, now, Chelsea Manning, after his decision to go transgender.

Meanwhile, Hillary Rodham Clinton, while serving as Secretary of State, mishandled U.S. secrets, including material classified as “Top Secret”.  She also violated US government protocol by conducting both her professional and personal email correspondence on her own private server.

No one in mainstream news media has questioned the glaring double standard in U.S. Rule Of Law that exists for two white women, that compromised national security, for all Americans.

The lesson learned for future generations of American men, women and children is: First, Bradley Manning, a man, is now a woman named Chelsea Manning. Second, Hillary Clinton’s private server and mishandling of “Top Secret, Sensitive Compartmented Information”,  is okay and not a crime, but Chelsey Manning’s actions, which exposed government corruption and hypocrisy, can get you thirty-five years, in solitary confinement. 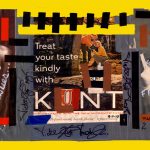 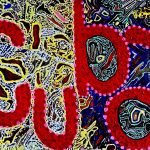