“The Judge” By Victor-Hugo Vaca II 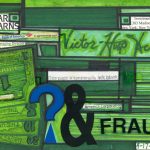 Bank Of America Stole My Money: The Broken Piggy Bank 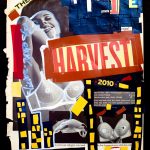