Manifested on stage in front of a live audience at the inaugural, 2009 Miami Music Festival Modern Art Music Movement™ MAMM Jam with Josh Horton of Big Suga and the Maverick Artist Victor-Hugo.

“Unlike most massive weekend-long smorgasbords of tuneage, the three-day Miami Music Festival is almost entirely focused on the local scene. With the exception of a few bands such as Greenpoint, New York’s Big Suga, the festival will be presenting 75 separate shows packed with 600-something individual sets by South Floridian artists repping every permutation of Miami music from hip-hop to Latin to indie, and beyond.” 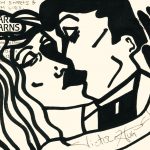 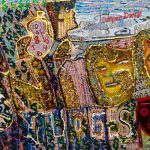