The 2005 “Hurricane Wilma” Art Basel Miami Week Solo Exhibit as seen on international television networks including Univision, FOX and Telemundo and in print newspapers including the Miami Herald. The 2006 “Victor-Hugo : The Censored Artist” Art Basel Miami Week Solo Exhibits as seen on mainstream television networks and in print newspapers including the Miami Herald, New Times and Sun Post. The infamous 2007 “Crackhead Jesus Is Coming” Art Basel Miami Week Solo Exhibit as seen on television networks and in print newspapers including the Miami Herald, New Times and Sun Post. As documented in this news article: 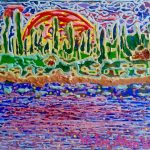 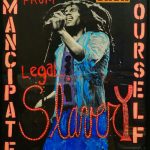 Emancipate Yourself From Legal Slavery.
Menu