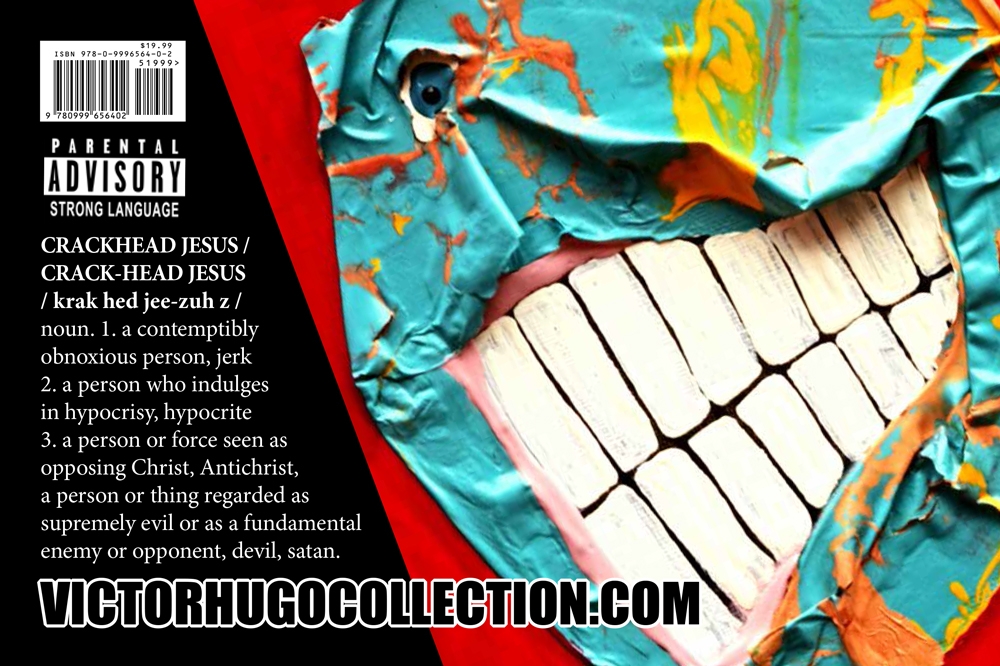 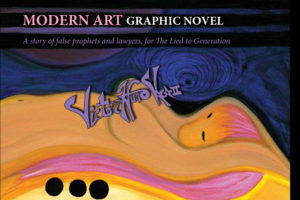 A Christmas Nativity scene with two Joseph’s and a children’s book about a black Santa and his white husband grabbed holiday headlines over the story of Crackhead Jesus. “Redemption: The Story of The Crackhead Jesus Trials Part II- The Second Coming of the Three Muses- Chapter 1”, the first in a series of ten modern-art-graphic-novels that tell the story of the alleged serial-killer-spinal-surgeon operating out of Mercy in Baltimore, Maryland, premiered at Art Basel Miami Art Week 2017. The work of modern-art-gonzo-journalism reveals serious allegations of FDA fraud, sexual misconduct and deadly toxic leadership being covered up in D.C. area hospitals as public trust in mainstream news media continues to plummet.

The New York born Latino author, Victor-Hugo Vaca II, reached over 220,000 listeners in over seventy countries, appearing on several radio talk shows and podcasts promoting his censored book. The question of why the Washington Post failed to investigate recent allegations of a serial-killer spinal-surgeon in its own back yard, in favor of using valuable resources to investigate forty-year old allegations against Judge Roy Moore, in Alabama, days before a special Senate election, arose in conversation, begging the question, “Is the Washington Post choosing politics over public trust in its own community?” 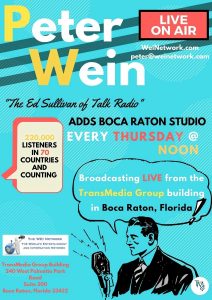 Whatever the answer, just as Harvey Weinstein allegations festered for decades, the more the story of Crackhead Jesus is censored and buried, the more the Streisand Effect takes over and the more people around the world find out about allegations surrounding Charles C. Edwards MD, as the maverick artist plans to tour the United States appearing on talk shows, in support of his groundbreaking modern art graphic novel series, throughout 2018. 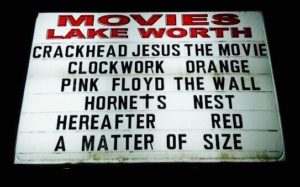 Public trust could only wonder why news outlets instead favored covering stories about a woman who claims President Donald Trump should be impeached because he once asked for her phone number, instead of reporting on serious allegations that an orthopaedic surgeon of the spine is an alleged serial-killer performing experimental spinal surgery on human subjects without FDA approval.

The surgeon, who operates on the human fiber of being has been lauded as a pillar of the community in People, Newsweek and 20/20. He has also been described in newspapers as a wealthy slumlord and a criminal CEO, using lawyers to manipulate a two-tiered U.S. justice system to avoid jail time. 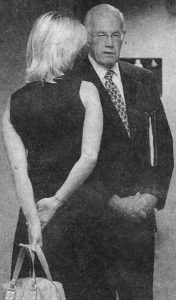 Victor-Hugo created modern-art-gonzo-journalism and travelled throughout the United States with the Modern Art Music Movement producing live art with world famous bands, including members of The Goo Goo Dolls, Cheap Trick, Boston and The Wailers, to name a few, in order to raise global awareness about growing allegations that Charles C. Edwards MD is an alleged serial-killer spinal-surgeon. The works of modern-art-gonzo-journalism inspired an award-winning film titled, “Crackhead Jesus: The Movie”, which recently made world headlines, after the U.S. Supreme Court “Slants” trademark ruling. 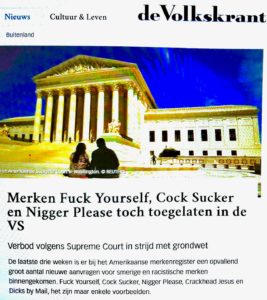 The controversial film which has been screened internationally and took “Best Screenplay” honors at the La Romana International Film Festival, was produced by the Modern Art Music Movement during a seventy-two-hour film competition in Delray Beach, Florida, to raise awareness about a clear and present danger in the Baltimore, Maryland area, where the maverick artist once lived, while serving as a Naval Academy Midshipman officer at the U.S. Naval Academy in Annapolis, before receiving an honorable discharge as a whistleblower in the early 1990’s.

Over the course of a decade in exploring the character of someone entrusted with tearing into the fiber of ones being, the following list of allegations surfaced, which allowed the artist to paint a gruesome picture of an alleged serial-killer-spinal-surgeon, using toxic leadership and abuse of power, to rack up an extensive body count supported by the same journalistic apathy that allowed Harvey Weinstein to perpetuate his evil acts for years.

The following allegations involving Charles C. Edwards MD should give people, pause, if not nightmares.

Charles C. Edwards MD – Orthopaedic surgeon of the spine at Mercy Medical Center allegedly performed radical unauthorized experimental surgery on patients without IRB approval for at least three years (1992-1995) every Thursday with doctors and nurses that he chose personally, to ensure that those assisting him in the unauthorized experimental surgery were unfamiliar with how to perform scientific experiments in a proper way.

Under FDA regulations, an IRB is an appropriately constituted group that has been formally designated to review and monitor biomedical research involving human subjects. This group review serves an important role in the protection of the rights and welfare of human research subjects.

The purpose of IRB review is to assure, both in advance and by periodic review, that appropriate steps are taken to protect the rights and welfare of humans participating as subjects in the research. To accomplish this purpose, IRBs use a group process to review research protocols and related materials (e.g., informed consent documents and investigator brochures) to ensure protection of the rights and welfare of human subjects of research.

Allegedly Charles C. Edwards MD has performed radical unauthorized experimental surgery on patients without IRB approval since 1992 and was reported to the FDA in 2002.

Charles C. Edwards MD is also alleged to have engaged in numerous acts of sexual misconduct in the workplace including exposing himself nude, to male and female staff in his office and in hallways in the hospital and of performing sex acts with his secretary/mistress, Linda Haynes, in front of numerous colleagues at work in 1995.

Allegedly Charles C. Edwards MD controlled Linda Haynes, didn’t trust her to be by herself and he forbade her from going to the Hospital cafeteria by herself.

Allegedly in 1993, Charles C. Edwards MD admitted to exposing himself in front of Thomas E. Gillespie MD at the University of Maryland.

Allegedly the President of the University spoke to the head of personnel regarding concerns of Charles C. Edwards MD

Allegedly the University of Maryland Baltimore University Hospital has covered up all allegations of wrongdoing filed against Charles C. Edwards MD.

“Tracking a serial-killer is like trying to put together a moving jigsaw puzzle.” – Victor-Hugo Vaca II 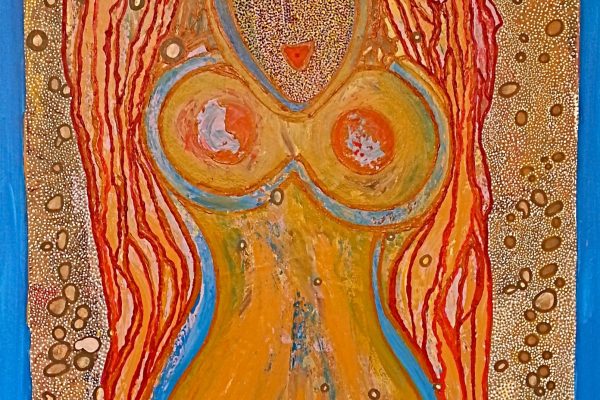 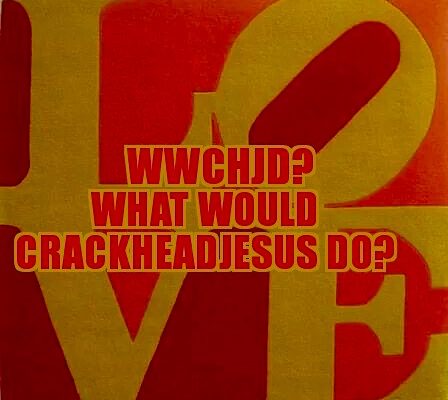 THE CRACKHEAD JESUS MEME AS CONTEMPORARY ART How The Union Of Fine Arts And Vernacular Culture Produced The CHJ Meme As A Contemporary Art Form.